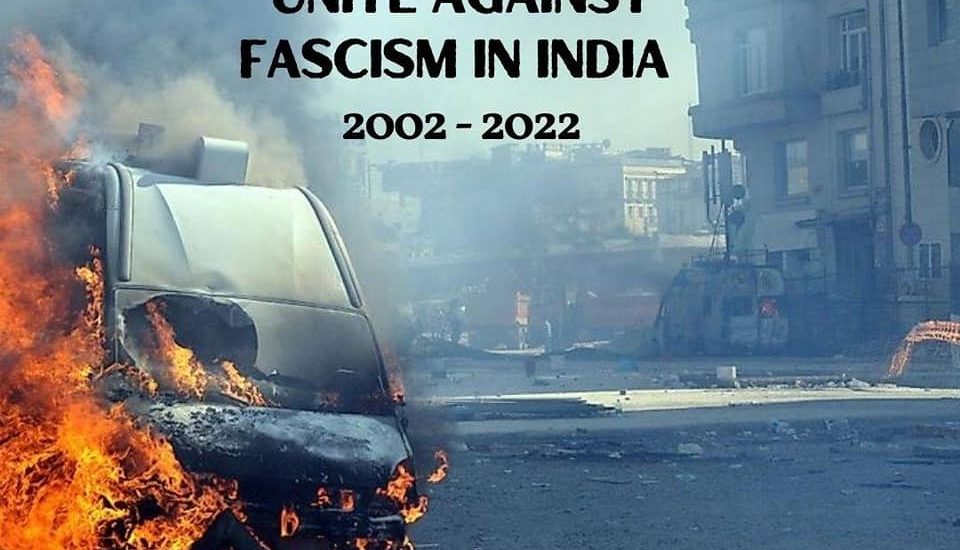 28 February marks 20 years since the orchestrated genocidal attacks on the minority Muslim community in Gujarat in 2002, when Narendra Modi was Chief Minister of the State. At least 2,000 Muslims were murdered and 200,000 displaced. Today with Narendra Modi’s far-right Hindu supremacist regime in power in India, they are seeking to repeat the Gujarat ‘experiment’ on a much bigger scale. A constant stream of hate speech and threats of mass murder and rapes by Modi’s gangs goes unpunished, from the Dharm Sansad gatherings of Hindutva terrorists to BJP politicians in the current UP election campaign. Women and girls are under attack in the fascistic #KarnatakaHijabBan. Muslim women students who choose to wear the hijab have been banned from attending colleges in the BJP-ruled state of Karnataka, in violation of rights enshrined in India’s Constitution. Hindu students are being mobilised by the hatemongers into frenzied mobs targeting young Muslim women students. Wearing the hijab could now become the latest pretext for mob lynching of Muslims by Hindu supremacist-led mobs. One recent video showed a large mob of young men pursuing a lone Muslim woman student while shouting ‘Jai Shri Ram’ – the religious greeting which has become a battle cry of Hindu-supremacists, used during lynchings and murders of Muslims. Meanwhile the state is seeking to criminalise the young hijab-wearing students themselves and brand them ‘terrorists’ – the Karnataka Home Minister has ordered an investigation to ‘probe their links’ with ‘terror groups’. It is all the more disturbing that despite the hijab ban being clearly unconstitutional, the Karnataka High Court has made rulings in favour of the government in this matter. Emboldened by this, some colleges are humiliatingly forcing women teachers to remove their hijabs in public to enter college premises to work.

We must take inspiration from the people’s movements resisting fascism, from Shaheen Bagh to the Farmers’ Movement, and from the brave individuals like college student Muskan who defied the fascist mobs in Karnataka, and the young women who walked to college unitedly, holding hands tightly across faiths. We will never forget those who were brutally murdered in Gujarat.

VIDEOS: We came together to honour their memories and to stand against fascism in India today. Watch all videos from the vigil below: