HomeNewsStatement on the 15th Anniversary of the Gujarat Genocide

Statement on the 15th Anniversary of the Gujarat Genocide 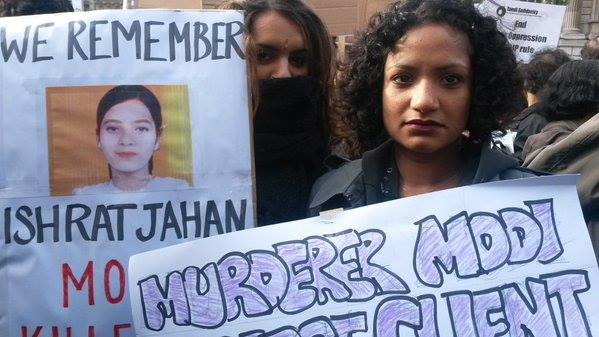 South Asia Solidarity Group  stands in solidarity with the survivors of the Gujarat genocide 2002 in their search for justice.  On the fifteenth anniversary of the state-sponsored,  anti-Muslim  pogrom we are holding, on 17 March, a remembrance event for those who lost their lives. It is titled Modi, Hindu nationalism and the criminalisation of Muslims .

In 2002, the state government of Gujarat with openly genocidal intent, unleashed  a most brutal onslaught  upon the Muslim community. The proportions and stratagem of this assault outstripped  all previous communally- charged  pogroms against minorities in India.  The Gujarat  pogroms became a blue print of all the many horrific but carefully engineered attacks on minority communities in India which followed – with Gujarat described by the killers as the laboratory of the Hindu State.

The 2002  massacres have been repeated in smaller and more localised settings such as Kandhamal in Odisha, in 2008, (when Christians were targeted) and  Muzzarfarnagar in UP, in 2013, which led, as in Gujarat, to killings, rapes and mass displacement of Muslims.  All  attacks since then have been in the context of a renewed and heightened stage of majoritarian Hindu nationalist politics that has come to dominate the political landscape of the country, where religious  minorities  and historically oppressed social groups such as Dalits and women,  are facing brutal violence,  criminalisation and  exclusion.

Muslims have been specifically targeted and in the last 15 years there has been an unprecedented deployment of state terror aimed at keeping the community in perpetual fear, eliding them from the public spaces of democratic politics with the specific design of destroying the Muslim community’s  confidence in participating in the democratic process fully,  keeping them away from voting in elections,  or electing their favoured candidates.

In the recent assembly election in UP, for example, the BJP claimed to have created an ‘inclusive’ social coalition but this coalition which glaringly left out the sizable Muslim community was cemented through a shrill communal campaign led from the front by the Prime Minister Modi himself playing caste and community cards camouflaged as ‘nationalism’ and now increasingly as empowerment of the poor.

Day to day life is becoming increasingly difficult for Muslims with the police, and increasingly the judiciary, hounding and pursuing individuals and the Hindutva forces (among them the RSS, the parent body of the BJP) flourishing as never before, sanctioned and nurtured by the BJP.  The impunity with which these foot soldiers of Hindu fascism act,  the sheer belligerence that they exhibit publicly with all disregard for democratic norms, is evidence of how they are openly tolerated and  even wilfully encouraged  by the BJP.  It has led not only to  serious miscarriages of justice but disappearances, in the heart of the capital, as in the case of JNU student Najeeb Ahmed, lynchings as in the case of Mohammad Akhlaq, or the digging out of her grave and rape of a Muslim woman’s corpse.

Muslim men, particularly young men are under the constant heavy gaze of the anti-terror legal system, while the Muslim people’s cultural and religious lives are being constantly denied, disputed and infringed upon with threats to their lives.  Attacks on those who wear the hijab and terror attacks on mosques have risen on an unprecedented scale in the past fifteen years. At the same time Hindutva activists are attempting to foment communal violence by themselves desecrating Hindu temples and then blaming Muslims for it, as in Budhana in UP, in 2014,  or as in one recent case in Azamgarh, UP where an RSS member donned a hijab and threw beef at a temple

Hindutva forces are increasingly not only aided by the state but have penetrated it, entrenching themselves in all areas, from the police and judiciary to the structures of cultural production and school and university education. While history is being rewritten, and textbooks altered to incorporate Hindu, and specifically Brahmin supremacy, and misogyny, students who are demanding the rights and free speech enshrined in the Indian Constitution are being violently attacked by goons of the RSS’s student organisation the Akhil Bharatiya Vidyarthi Parishad (ABVP) with the police standing by.

At the same time aligning itself to its neoliberal masters in the US and Europe, India has become an important proponent of the global war on terror and Islamophobia.

We register with deep foreboding  that significant sections of the educated middle classes, the so-called intelligentsia of India have  abdicated responsibility to defend democratic freedoms and the democratic culture of Indian politics.   There is no disquiet expressed even at the mention of India’s secular democratic constitution being undermined.  Instead, dazzled by the shiny new claims of neo-liberal economic ‘development’ many of these ‘intellectuals’ have become champions  of corporate plunder of India’s natural and labour resources.  The neoliberal march of the corporate and finance industries carries on unabated, benefiting from the authoritarianism which comes side by side with Islamophobia and the global war on terror.

Among the chief concerns that have occupied our minds at South Asia Solidarity Group in the past few years with regard to India has been the rise of Hindu fascism and inseparable from it a vicious authoritarian neoliberalism. We have campaigned and are continuing to do so about the plight of the beleaguered Muslim community, the continuing brutalities visited upon the Dalits, the stoking of sexual and other forms of patriarchal violence against women and the dispossession of Dalits and Adivasis of their land and assets by neoliberal corporate plunder.   In our event on 17th March we wish to focus on the threats that face the minority Muslim community in India in order to discuss how progressive South Asians can support a way forward.

Our hope relies on the very important and militant struggles that are being waged by people’s movements of Muslims, Dalits, women, students and workers against the Indian state and Hindutva forces.

South Asia solidarity also campaigns against Islamophobia and racism in the UK, against the efforts of the Hindu right in Britain to undermine the equality legislation that recognises caste discrimination amongst South Asians and against violence against women in UK. These involvements also inform our politics of solidarity with those resisting Hindutva and Neoliberalism in South Asia.