To the 4 MPs planning to donate their pay rises to cultural event welcoming Modi – don’t! 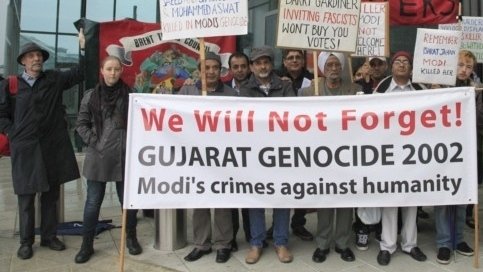 Instead, they should donate the money to the families of the victims of the 2002 Gujarat genocide that occurred under Modi’s watch and in which 2,000 Muslims lost their lives and to the survivors of more recent attacks by members of Modi’s Bharatiya Janata Party (BJP) and allied organisations; alternatively, closer to home they could donate the money to food banks in the UK