HomeNewsOpen meeting and discussion with Kavita Krishnan in London

Open meeting and discussion with Kavita Krishnan in London

India’s anti-rape movement – experiences,
reflections and strategies for the future 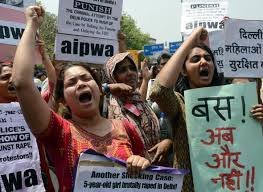 Open meeting and discussion with

Kavita Krishnan is a feminist and revolutionary left activist who has been centrally involved in the anti-rape movement in India which began in December 2012. She is the Secretary of the All-India Progressive Women’s Association (AIPWA) which is active among women workers, agricultural labourers, and other sections of poor labouring women in rural and urban India and has a record of resisting  feudal violence and state repression against women. Kavita is also editor of Liberation, the monthly publication of the Communist Party of India (Marxist-Leninist).