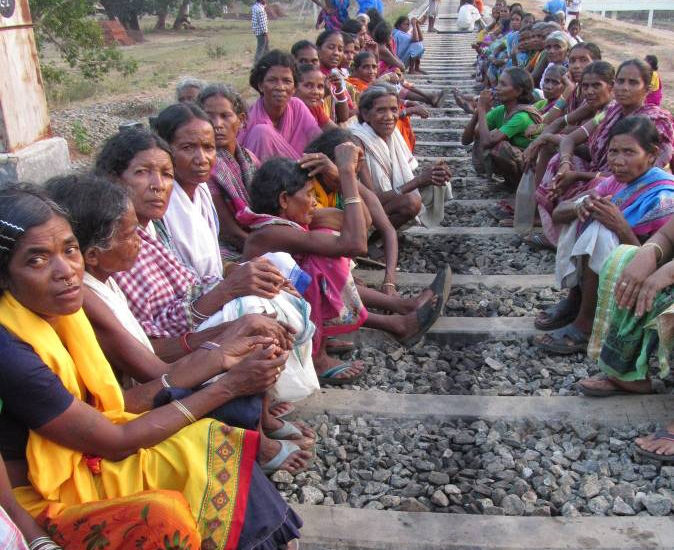 Putting India up for sale

Modi may have praised the recent call for reparations for colonialism, but he is eager to welcome more British corporates to plunder India in the 21st century. Under Modi, multinational corporations including many registered in London such as Vedanta http://www.foilvedanta.org/vedantas-crimes/

and Essar Energy http://economictimes.indiatimes.com/news/economy/policy/essar-internal-mails-hint-at-access-to-budget-proposals-of-petroleum-ministry/articleshow/47535557.cms are siphoning money and resources out of the country, grabbing huge swathes of land http://economictimes.indiatimes.com/news/economy/policy/essar-internal-mails-hint-at-access-to-budget-proposals-of-petroleum-ministry/articleshow/47535557.cms and displacing the people who live on it, and destroying the environment http://america.aljazeera.com/multimedia/2015/4/narendra-modis-war-on-the-indian-environment.html . Laws protecting workers are being abolished and communities which resist are being terrorised not only by the police and paramilitaries but by state- and corporate- sponsored militias. Under Modi, India has moved closer to the US and Israel http://thediplomat.com/2015/06/narendra-modi-to-become-first-indian-pm-to-visit-israel/ – which is providing weapons for intensified state terror in Kashmir – and aligned itself fully with the ‘War on Terror’.

Those who have dared to highlight Modi’s genocidal politics or his government’s destructive policies have been accused of being ‘anti-national’. The state has sought to silence them through censorship, threats, false cases and imprisonment, and even murder by Modi supporters. High profile cases include Priya Pillai of Greenpeace India who was prevented from travelling to Britain to address MPs about the destruction of forests by coal mining by London based Essar Energy http://www.firstpost.com/india/hc-calls-govt-decision-offload-priya-pillai-plane-illegal-2150665.html

and Teesta Setalvad who has consistently campaigned to bring Modi to justice for his role in the Gujarat massacres of 2002 http://indianexpress.com/article/opinion/columns/silencing-teestathe-courts-must-step-in-when-governments-persecute-individuals-like-setalvad/

Who is welcoming Modi to Britain?

The Hindu Right has a network of organizations in the UK, including the Hindu Swayamsevak Sangh (HSS – the British wing of the RSS)the National Hindu Students Federation, Hindu Forum of Britain, and others. 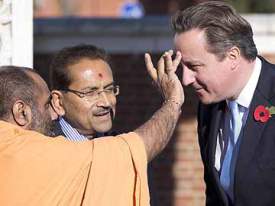 The Hindu right organizations have consistently tried to block legislation outlawing caste discrimination. During the UK elections they circulated leaflets urging ‘Dharmic’ (sic) people to vote for the Conservative candidate in Harrow who promised to overturn the legislation http://www.buzzfeed.com/sirajdatoo/hindu-group-tells-voters-to-back-tories-because-they-dont-wa#.lf6rx8WDw