HomeNewsJoin the protest against Indian PM Narendra Modi’s visit to the UK!

Join the protest against Indian PM Narendra Modi’s visit to the UK! 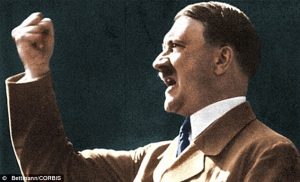 Join the protest against Indian PM Narendra Modi’s visit to the UK!

3.30pm: Meeting at the House of Commons

A LOYAL CADRE OF THE FASCIST RASHTRIYA SWAYAMSEVAK SANGH (RSS). A Hindu supremacist paramilitary organisation modelled on the Nazi and Italian Fascist parties, the RSS was founded in the 1920s in opposition to Indian independence. It is the core of a family of organisations which includes the BJP, currently India’s ruling party.

THE BUTCHER OF GUJARAT: In 2002, as Chief Minister of Gujarat, Modi presided over the genocidal attacks in which over 2,000 people from Gujarat’s Muslim minority community were systematically killed, and 200,000 displaced. Women and children were specifically targeted for horrific violence. Court cases implicating Modi are still being heard, including one filed by Zakia Jafri, whose husband Ahsan Jafri, a former MP, was brutally murdered in the violence. The family of two British citizens, Saeed and Sakil Dawood murdered in Gujarat while on holiday are also pursuing a civil case against Modi. Judgments in both these court cases are expected in the next few months.

AND NOT ONLY GUJARAT: The Hindu supremacist groups repeated the Gujarat ‘model’ in an anti-Christian pogrom in Odisha, in 2007, and against Muslims in Muzaffarnagar, Uttar Pradesh during Modi’s election campaign. In Muzaffarnagar, and across the country, the Hindu far-right groups created the baseless myth of ‘love jihad’ (Muslim men seducing and converting Hindu women) in the absence of any evidence, and used this to incite violence against Muslims and terrorise and control Hindu young women who choose their own partners outside their community. The same myth was also used against couples belonging to differing castes. Since Modi came to power, the hate speech of his party members and ministers has led to an enormous escalation of violence against minorities as well as Dalits.

AUTOCRATIC RULER: Critics of Modi’s genocidal politics or his government’s destructive policies have been subjected to threats, false cases and imprisonment, and even murder. They include Priya Pillai of Greenpeace India who was prevented from travelling to Britain to address MPs about the destruction of forests by coal mining by Essar Energy and Teesta Setalvad who has campaigned to bring Modi to justice for his role in the Gujarat massacres.

FRIEND OF ISRAEL: Modi has moved India closer to Israel, which is providing weapons for intensified state terror in Kashmir, and aligned itself fully with the ‘War on Terror’

WHO ARE MODI’S FOLLOWERS IN BRITAIN? The Hindu Right has a network of organizations in the UK, including the Hindu Swayamsevak Sangh (HSS – the British wing of the RSS), the National Hindu Students Federation, Hindu Forum of Britain, and others. The HSS UK is currently being investigated by the British Charity Commission for hate speech against Muslims and Christians. After the Gujarat 2002 pogroms the HSS and its charity wing Sewa International were also exposed for channelling funds to organizations directly involved in carrying out the violence.The Hindu right organizations have consistently tried to block legislation outlawing caste discrimination and prevent its implementation.

WHY IS HE HERE? Modi is eager to welcome more British corporates to plunder India. Multinational corporations such as UK-registered Vedanta and Essar Energy are siphoning money and resources out of the country, grabbing huge swathes of land, displacing the people who live on it, and destroying the environment. Under the so-called ‘Make in India’ policy, Modi has abolished laws protecting workers and taxes for big business while communities which resist are being terrorised not only by the police and paramilitaries but by state- and corporate- sponsored militias. David Cameron and his corporate cronies in turn are greedy for India’s land and resources and the labour of its people and Modi has made it plain that he wants to sell them for a pittance

This demonstration is supported by an alliance of organisations which have come together in the Awaaz Network: http://awaaz-uk.org/