HomeNewsAfzal Guru interview – the story of hundreds of Kashmiri youth

Afzal Guru interview – the story of hundreds of Kashmiri youth 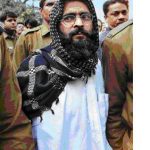 In the petition for reprieve, generally referred to as mercy petition submitted before the President of India, prime Parliament attack accused Afzal Guru has likened the story of his life with the story of hundreds of Kashmiri youth, especially those still behind bars. In his estimation, their anger, pain and anguish is still not understood byIndia.Kashmir is a holiday destination for most Indians who love the land but perhaps not its people. They don’t know that for the young generation of Kashmiris, it has meant living with daily fears of arrest, torture and death. Afzal Guru says he comes from a very poor family. His father died when he was young and his elder brother Aizaz brought him up in the fond hope that the younger sibling would become a doctor. Guru was in the first year of MBBS when the Kashmiri youth began its so-called armed phase of their movement for self-determination. It was during those heady days that he joined the movement and crossed over toPakistan. However, disillusionment set in when he realised that bothIndia andPakistan were using the restive Kashmiri youth as pawns in their respective politics. In 1993-94 he surrendered to the Border Security Forces (BSF). Post surrender, life became a misery as he was looked down upon and loathed as a traitor to the cause from his own people. On the flip side, the government’s Special Task Force (STF) ensured that it did not allow a surrendered militant to live a normal life of dignity because for them, he was to be used as an informer. The STF would call him and other surrendered militants in the camp to beat, torture and humiliate in an effort to turn them into informers. Even though Guru was no longer with the movement, he did not wish to be an informer. Torture included stripping, being hung upside down, petrol being poured down his anus and him being put into freezing water in the bitterKashmir cold. Guru has gone on to claim that his genitals were given electric shocks and he was flogged without mercy. Afzal now says those were officers who introduced him to a certain Mohammed, who later turned out to be one of the Parliament attackers. He had no choice but to accompany Mohammad toDelhi. The rest is the story of the Parliament attack case. In this exclusive, wide ranging interview Afzal Guru talks about his life, case, tribulations and philosophy.

Omar Abdullah, chief minister of Jammu and Kashmir, has said that if the Jammu and Kashmir assembly also passes a resolution on the lines of the Tamil Nadu assembly, the reaction would not have been as muted as it was in the case of Tamil Nadu. What do you say on this issue?

I want to say that I had requested the government inDelhi to transfer me to theSrinagar jail so that I could be nearer my family. My old mother, wife and my minor son find it very difficult to meet me inDelhi. For a 30-minute meeting with them once a year, they have to undergo unimaginable hardships and mental agony. The bus journey is 24 hours one way. If I am inSrinagar jail, it can help reduce their misery.Delhi replied to me in writing saying that the state government has not given its consent for my transfer fromDelhi toSrinagar jail. I do not understand why the J&K government has opposed my transfer toSrinagar jail. There are many accused inJammu andSrinagar jails who have been charged with more serious offences. If Omar Abdullah is concerned with my plight, he should not have refused to accept me in Srinagar Jail. I do not desire nor need J&K assembly resolution nor am I concerned with this process.

Omar Abdullah says he has received no such request for your transfer from the central government.

In Tihar jail, I received two letters from the home ministry dated 20.05.2010 and 1.7.2010 informing me that the J&K government had rejected my application and had not given their consent for my jail transfer to Srinagar. In view of this, theDelhi government also rejected my application. To challenge this dictatorial and arbitrary decision, I approached the Supreme Court through its legal aid committee. The Supreme Court has issued notices to both theDelhi government and the state government. More than seven months have passed and my case has been adjourned four or five times but till date I have received no reply to my petition. My case has been  reported in newspapers. Why is Omar Abdullah not responding to notices of the Supreme Court and clarifying his stand regarding my transfer application?

I am passing my days in very humiliating conditions. There are many restrictions on me. I am not afraid of hanging. The Tihar jail administration has virtually converted prisoners of high security wards into animals who are kept in cage-like-cells and thrown food to live. There is no liberty to play sports or go to the library etc. No fruits or cooked rice are allowed even from the family on the mulakat (meeting) day despite a flurry of high tech x-ray, metal detector machines. The conditions of high security prisoners is pathetic. In the name of conducting searches,  Tihar’s security guards enter into cells at any time, searching private parts of the body in a crude and harsh manner. The constant day to day searches traumatizes and agonizes prisoners, their mind and their heart.

What grounds have you mentioned in your petition for reprieve (mercy petition) submitted to the current President of India?

The only charge against me was that I helped the attackers in getting accommodation for staying in Delhi and that I went with one of them to the market to purchase a car which was used in the attack. Only on the basis of such circumstantial evidence I was held guilty. The settled law is that an accused is not liable to death penalty for such side roles in the offence. From the very beginning I never denied the role played by me in the Parliament  attack. Even respected session judge S.N. Dhingra said in his court that Afzal is truthful. But no one has accepted or believed the other part of the story, the one about barbaric state terrorism played and perpetuated by the government of India through its security forces, especially the STF and Special Operations Group (SoG). This state terrorism is creating and cultivating persons like Afzal everyday by pushing innocent teenaged students behind bars under draconian laws like the Public Safety Act (PSA). So long as there is state terrorism, such attacks cannot be stopped. The government of India is converting Kashmir into mini-Afghanistan. Presently the situation in Kashmir is dormant and potentially like in Afghanistan. This volcano can erupt anytime. This is not a threat but a concern for the people of Kashmir as well as for the people of India. Kashmiris were never against the people of India. It is the policies of the government that have alienated the Kashmiri people. The solution lies through Kashmir, not through Pakistan. By talking with the Pakistan government and some separatist political jokers who have been rejected by the Kashmiri people, the government of India is wasting its time and worsening the situation in Kashmir. Presently there is only one reliable leader, that is respected Syed Ali Shah Geelani saheb who represents the feelings and perceptions of the Kashmiri people.

There are some news reports which say you have written a letter to Geelani, that it was a 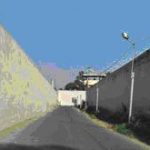 mistake on your part to submit the mercy petition, and that you want to be martyr?

Yes I have written such a letter to Geelani saheb. But the very word ‘mercy petition’ is a misnomer. In Article 72 of the Constitution of India, under which so-called mercy petition is submitted, the word ‘mercy’ is not mentioned at all. In the article, the words mentioned are ‘pardons’, ‘reprieves’, ‘respites’ , ‘remissions’ of punishment to which a convict is entitled to claim if he feels that he has been handed out a wrong punishment. It is a constitutional right given to every convict. I did not seek any mercy but claimed a constitutional right for granting me reprieve/remission because I strongly feel that punishment of death penalty given to me is wrong. Since S.A.S. Geelani saheb is an honest and reliable political leader with both moral and political clout. Geelani saheb is neither a hard-liner nor radical or unreasonable or impractical. Geelani saheb’s insistence on UN-resolutions is the bottom-line which he has already agreed to leave but the government ofIndia’s arrogance and rigidity is worsening and drifting theKashmir conflict towards unending instability and turmoil in this region.

Why is the issue of your death penalty taking a political colour?

What would be the consequences in Kashmir if you are hanged ?

My hanging would worsen the situation inKashmir. The people there look upon my punishment as part of the repressive policies pursued by the Indian government inKashmir. There was no militancy inKashmir till 1984. But after the hanging of Maqbool Bhatt in 1984 in  Tihar jail, the resentment of the people ofKashmir against the Indian government grew stronger and militancy took roots and flourished.

Have you written anything about your jail experiences and your long wait for hanging?

It was reported that a Tihar jail superintendent has written a book on you and some parts of it have been published by a magazine. What do you have to say in this connection?

In the past I had discussed and debated with the jail superintendent on topics like religion, spirituality, the Kashmir dispute etc. He had recorded these things in a booklet form in English and has taken my consent as well. I don’t read Hindi. I would say that instead of distortions, he must come with the book written in English where we have talked about occupation by the Indian military, constant terror and the traumas of innocent Kashmiris.

What do you have to say about the bomb blasts at the Delhi High Court ? Your name has cropped up in some e-mails sent by some militant groups.

I have already issued a statement in this connection through my counsel N.D.Pancholi. I have condemned the blast as a barbaric and cowardly act. No religion permits killing of innocent persons. Such cowardly and inhuman acts must be condemned by all. I am disturbed that my name has been unnecessarily dragged in this connection. Some agencies/groups are playing dirty games by falsely involving my name. This is not for the first time. It has become routine that whenever such blasts take place, my name is sought to be dragged in, in order to malign me, to cultivate public opinion against me.

In what manner would you like to be remembered if you are hanged?

I would like to be remembered as a martyr for the cause of justice. There is no fear of death in my heart as solitude and deep introspection has cultivated a deeper sense and vision that man’s life on this planet is spiritually in an embryonic stage. He is born when he leaves this planet. Our soul is our real body and our body is just like our clothes. The spiritual consciousness can be developed only by constant struggle for social justice under the shadow of universal permanent values. Values are permanent and absolute, enduring and endearing which shape human personality or self. Everyone of us is individually and spiritually responsible and accountable for our deeds as great mystic Rumi said: “Don’t remain unmindful of retribution for your deeds – as wheat springs from wheat and barley from barley.”