HomeNewsGender and the Hindu Right in India

Gender and the Hindu Right in India 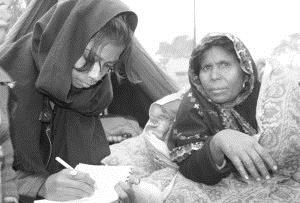 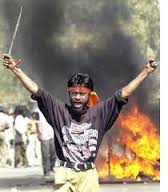 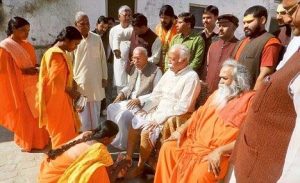 In the context of the forthcoming Indian elections in which the current Chief Minister of Gujarat, Narendra Modi is the Prime Ministerial candidate of the Hindu right-wing Bharatiya Janata Party, a panel of human rights campaigners and academics will discuss questions including:

Nishrin Jafri Hussain is a campaigner for justice for the victims and survivors of the horrific violence against minority communities which took place in Gujarat in 2002. Her father, Ahsan Jafri M.P., was brutally murdered during the violence and her family continues to fight for Narendra Modi to be brought to justice.

Dr Angana P. Chatterji is a cultural anthropologist and human rights specialist. In 2005, she convened a people’s tribunal in Odisha, calling attention to the impending violence against minorities and religionized oppression. In 2009, her collaborative work through a people’s tribunal she co-convened in Jammu & Kashmir called attention to the issue of unknown graves and the need for accountability to families of the disappeared, and subsequently received corroboration from the State Human Rights Commission of Jammu & Kashmir. Her publications include: Violent Gods: Hindu Nationalism in India’s Present; Narratives from Orissa (Three Essays Collective, 2009); a co-edited volume, Contesting Nation: Gendered Violence in South Asia; Notes on the Postcolonial Present (Zubaan, 2012); and the reports, BURIED EVIDENCE: Unknown, Unmarked, and Mass Graves in Kashmir (2009), Communalism in Orissa (2006), and Without Land or Livelihood (2004).

Meena Kandasamy is a writer, activist and political columnist. She has published two collections of poetry, Touch and Ms.Militancy. Her first novel, The Gypsy Goddess, revisits the 1968 Kilvenmani massacre where feudal landlords in Tanjore killed 44 Dalit peasants striking for higher wages. Her work is centered on caste annihilation, the Tamil national question and feminism in contemporary India.