Beyond the EU referendum: organise and fight back against racism! 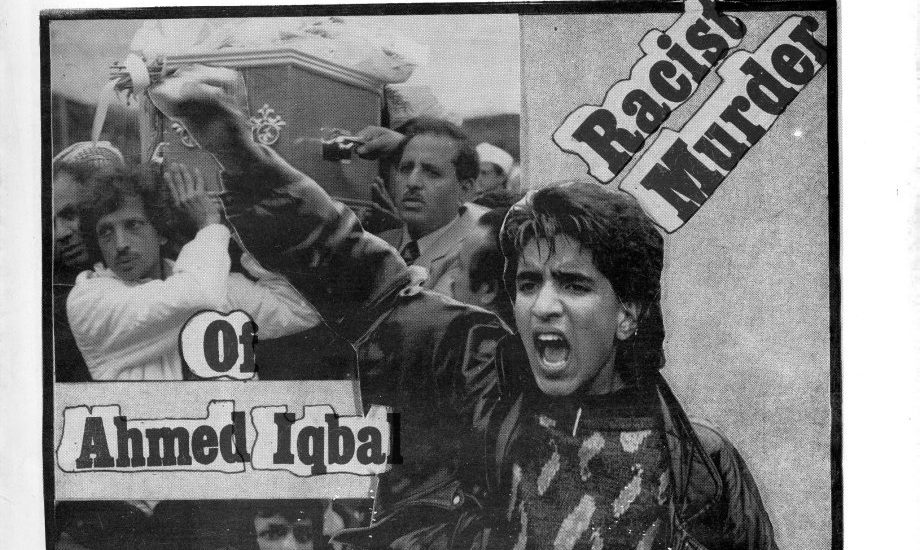 We must not be divided by anti-Islamic or xenophobic campaigns – unless we unite, the night of the long knives awaits us all.

30 years ago, 13 year-old Ahmed Iqbal Ullah was murdered in school, in Burnage, Manchester by a racist youth. Ahmed died defending others from a racist attack. The killer boasted of having ‘killed a Paki.’ There was then a wave of violent street racism. 30 years later, 81 year-old Mushin Ahmed is murdered in Rotherham, by two racists. Mushin was going to the mosque. There is now, fueled by the EU referendum, a rising wave of racist violence and xenophobia, surging on a raging tide of Islamophobia.

Some of the friends who organised against racism and racist attacks 30 years back have taken different sides in the referendum, and at times have acrimoniously fallen apart. The current tidal wave is not created by us, but by the ruling classes. We need unity. Our differences are not that great as most of us believe: the EU is an imperialist band and Britain is a racist state. Resistance is our only option.

I mention Ahmed Iqbal Ullah, not because there were no racist murders before: there were. It is because I lived close to the school where Ahmed was murdered. The local authorities and ‘community leaders’ called for ‘calm’: ‘let us hand handle it’ – as they did each time this sort of thing happened.

During my time at school, in Tong Comprehensive in Bradford, over two decades before Ahmed’s murder, I along with my friends was attacked by racists, at school, on the way there, on the way back – and painfully learnt that this could not be fought by me. At my school all Asian kids united, and made our stand. We were heavily outnumbered by the whites – there some white kids who wanted to support us, but were terrified of their peers. Notwithstanding the odds against us, we stood in the playground, some of us armed, and fought back the best we could. The elementary organisation that we developed in school, gave us the chance to go to other schools and stand with other kids, who like us were facing similar issues.

What racism did for us was to make us search for answers: Why had we come here? Why were we being attacked? What is wrong with white people? Who do we turn to? What do we do? We may not have then had the ability to understand many things, but one thing we did know, there was no choice but to fight back. We felt weak and vulnerable only because we were disunited and on our own.

We formed our own defensive organisations, and fought back. In fighting back against street racism, we quickly learnt, that we were at the same time having to fight state racism, and that one fed the other.

How we organized then and what we can do now

During the 1970s and 1980s, there was organised street violence, from gangs of ‘Paki bashers’ to fascist mobs; there were mass murders such as in New Cross; there were anti-immigration campaigns led by organisations such as the National Front. These campaigns were directly fed and fed into by the state, through its racist immigration laws – which were resisted; there were state harassment campaigns such as ‘SUS’, primarily directed at African youth.

The racist street violence of the 70s and 80s was primarily vented on men (although women were attacked in other ways). Unlike the earlier waves, today, much of the street racism is leveled against women, particularly Muslim women, this like its antecedents is fed into by the state machinery, which now has gone into over-drive through its Islamophobic Prevent campaign.

During the ’70s and ’80s many of us decided that we could not sit around and fume about what was happening, but had to do something. That something was the building of organisations that were not only rooted in our communities, but also our own histories. In the eyes of our attackers, we were ‘pakis, wogs and niggers’. It didn’t matter whether we came from Pakistan, Kashmir, India, Bangladesh – we were ‘Pakis’ and our African friends were similarly treated – it didn’t matter if they came from Nigeria or the Caribbean – they were all ‘niggers’. We searched for a common framework for unity. White racists taught us we had come into a white world and often told us we were black and we found strength in blackness. We saw no contradiction in being Asian and black, for we realised that whilst our problems may appear to be due to our skin colour, they were not skin deep. Similarly, the current wave of racism led by Islamophobia, is primarily directed at Muslims, but it is not a theological battle, but a political one and needs a political response?

During the 1970s and 1980s, we organised Asian Youth Movements as our primary fighting bodies: whilst organising under the title of Asian, we saw ourselves as black and organised under the slogan: Black People Have A Right – Here To Stay, Here to Fight. The politics of the Asian Youth Movements reflected a belief that we were connected to the struggles of the previous generation and that racism was inseparable from imperialism. We need new organisations today that reflect the reality of today situation. Here are some reflections on how we organised:

Unite Across Religions: There were phases of attacks in which mosques and temples were targeted. When our places of worship were attacked, irrespective of whose, we all went to defend them. Sikhs, Hindus, Muslims and Christian – we all defended eachother’s places.

Given that we organised as Asians, because we were being targeted for being so, does it mean that Muslims should organise as Muslims?

No one has a right to tell anyone under attack why not to organise. Yes, Muslims should and must organise. Mosques will need defence committees, as will all other places of black people’s workshop – it is only a matter of time. However, this battle cannot be won hidden behind any theological wall.

Self-Defence Is No Offence

It is not possible to have individual defence against organised attacks. These can come in the form of mass picketing/intimidation as is being done today by organisations such as Britain First. The far right is openly organising and arming itself. In 1981, in the case of the Bradford 12, we established the right to have organised and if necessary armed self-defence. We believed that the nature of defence depends on the perceived nature of the attack.

In our organisational structures and through our practice we called for the broadest possible anti-racist alliances. This is the order of the day more than ever.

Tariq Mehmood is an author and long-time anti-racist activist and organizer.