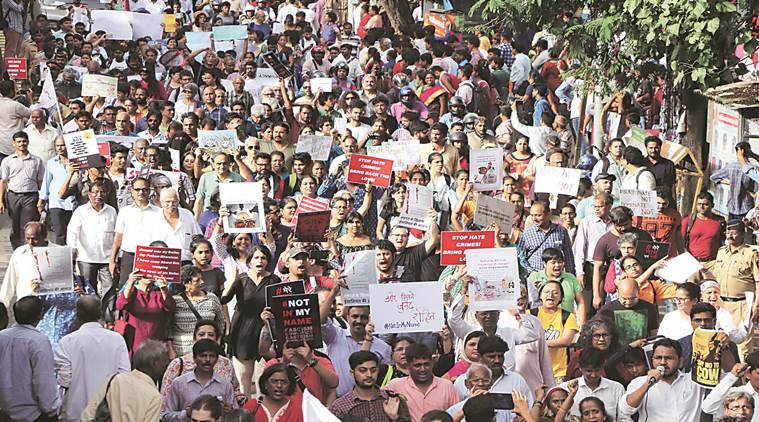 This article is based on a talk given by Amrit Wilson of South Asia Solidarity Group at the event Decolonising Partition: 70 Years On, hosted by Consented at Birkbeck University of London, 30th July 2017

For us in the South Asian diaspora, history is not only about exploring our roots, though that too, it is about understanding the present and accessing finding ways forward. It is encouraging then that there are now a number of projects in the UK collecting oral histories of Partition. In many cases, those who speak about their experiences and explore their memories are women. These narratives are important and unique because they relate to a specific type of experience – of leaving behind your home and the base of your life, not once but twice over. I gained an understanding of these second separations, this second sense of loss, through the interviews I recorded with South Asian women back in the 70s when they first came to Britain.

When we examine and reflect on these women’s narratives which have been, and are still being, collected in Britain about Partition, a number of things become clear. Firstly, that there can be no non-gendered way of understanding that period; secondly, that these narratives  told through women’s voices demolish the notion that women in South Asian communities were simply symbols of honour and lacking in agency; and thirdly, that to fully understand these experiences we need to also examine colonial, as well as South Asian, patriarchies.

It is crucial, however, that we locate this new research against the rich body of work done in South Asia itself. Too often the research done in India and elsewhere in South Asia is ignored, invisibilised by British historians and academics. We in the diaspora must not do the same. We must embrace it. We need to examine the writings of Urvashi Bhutalia, Kamla Bhasin, Ritu Menon and Veena Das, among others, and watch remarkable documentary films like ‘Stories of the Broken Self’ in which women who experienced Partition reflect on what happened to them and how they felt and still feel.

It is clear that the trauma of these terrible experiences still haunts the lives of those who experienced it. The memories have not faded, even though they try to push them aside and live their lives. As Nusrat, a woman living in Pakistan, explains in the Stories of the Broken Self (quoted by Humaira Saeed in her fascinating thesis Persisting Partition: Gender, Memory and Trauma in Women’s Narratives of Pakistan):

‘None of this is written in any of our history books. [pause] We have never read about it, never thought about it. [pause] Why are we only concerned with ourselves, our own selves? [pause] My children tell me “Ammi, forget about it, we want peace,” especially my grandchildren. And I say, “Yes, so do I”.’

For a decolonial understanding of the various political forces of that period, we need also to understand the events which led up to it. The reasons for Partition cannot be understood without examining 1857, the First War of Independence or ‘the Mutiny’ as it is called dismissively in British history books. It was an uprising on an enormous scale across what is now Northern India, Pakistan and Bangladesh which lasted over two years and required the British to bring colonial troops from other parts of their Empire to finally subdue it.

At the core of the uprising were about 95% of the Colonial Indian army, the Sepoys, who were mainly Hindu. In addition there were not only members of the feudal aristocracy, but vast numbers of peasants and unemployed crafts people whose livelihoods had been destroyed by the economic restructuring central to British colonialism.

Despite this broad demographic, as Kalpana Wilson writes in her book Race, Racism and Development – Interrogating History, Discourse and Practice, British historians – most recently William Dalrymple in The Last Mughal – have portrayed 1857 as a battle between Islam and Christianity, even while conceding that the great majority of Sepoys were Hindus. Dalrymple fails to mention the use of rape as a colonial weapon or the sheer staggering scale of this, and ignores the work of highly respected Indian scholars like Rajat Kant Ray (cited in Wilson’s book), who noted that the uprisings saw people of different religions who shared a syncretic culture consciously unite to fight the colonizers in the name of Hindustani Independence.

1857 was also, in a variety of ways, a watershed for British colonial policy. After 1857, Muslims were portrayed as invaders and denied administrative jobs. Both Hindus and Muslims were encouraged to think that their religion was under threat.

These divide and rule policies culminated in the partition of Bengal along religious lines, in 1905 – a key event in terms of the later partition of India, because while Bengal was reunited in 1911 after mass protests, strikes, and even assassination attempts, the damage had been done.

Sure enough, the very next year saw the emergence of two communal organisations, the Muslim League and the Hindu Mahasabha. Neither of these organisations ever played any part in the anti-colonial struggle. The Hindu Mahasabha eventually morphed into the Jan Sangh party, which became the BJP, and many of its leaders were also leaders of the RSS, the fascist organisation which is the ideological parent of the BJP and is ultimately responsible for the current horrendous violence going on in India, including mass lynching, rapes and ethnic cleansing.

Meanwhile, Muhammad Ali Jinnah, the founder of the Muslim League, is often referred to as the originator of the two nation theory which was the ideological base of partition. In fact, sixteen years before Jinnah came up with it, V.D. Savarkar had formulated such ideas and advocated the division of India in his essay, Hindutva’. Savarkar, then in the Hindu Mahasabha, was soon to become one of the leading theoreticians of the RSS.

The details of British callousness and bungling around the actual division of land between India and Pakistan, which led to an enormous loss of life overall, are perhaps slightly better known, although contemporary  films like Viceroy’s House and recent articles in the British press manage to tiptoe round this aspect of colonial history.

Briefly, partition was due to take place in August 1948, but it was brought forward by a year because the colonialists, aware that they were about to be kicked out, were eager to leave. Rumours of the divisions of Punjab and Bengal had spread like wild fire, causing panic, since people did not know which side of the border their homes would fall. And these rumours were fed, inadvertently, perhaps, by the British government. For example, it was public knowledge that Wavell, the outgoing Viceroy, had suggested a ‘rough border’ before he handed over to Mountbatten in February 1947.

When Partition was finally officially announced in June 1947, the lawyer charged with drawing the exact boundaries, who had no knowledge at all of India, was given only 5 weeks to complete this incredibly difficult task. The border was eventually announced after both countries were independent on 17 August!

Partition saw the largest cross-border mass migration in recorded history, affecting 12-14 million people, but the British had made no plans or arrangements of any kind for the future of the two countries. As historian Stanley Wolpert wrote in his book Shameful Flight: The Last Years of the British Empire in India, ‘No Viceregal time had been wasted in planning for the feeding and housing and medical needs of ten million refugees.’ There were few security measures taken, with the army also divided between the two countries.

Partition saw the most gruesome and sadistic violence against women. Women were gang raped; their bodies were mutilated. They were also killed by their own families because patriarchy decreed that to die was better than being ‘dishonoured’ .This happened to both Muslim and Hindu women. These outcomes of partition were events staggering in both their scale and their cruelty.

Why did this happen? Women’s bodies are used as the ultimate weapon of wars everywhere. But those of us who are involved with fighting violence against women are familiar with the echoes of this sadism and misogyny in our South Asian communities in this country. Why is patriarchy in our countries so brutal?

Some clues are provided by Nirmala Banerjee, another Indian academic invisible to British writers, who examined the period in the 19th century when the British de-industrialised India, in order to turn it into a source of raw materials. Towns and cities were destroyed and people pushed back onto the land. In other words, society was pushed back from emerging capitalism to a distorted form of feudalism. From this emerged the particular type of violent patriarchy which still persists in South Asia today.

The history of Partition allows us to understand the violence-ridden climate of India today. How else would we make sense of the lynchings, murders and rapes of Muslims which are happening on such a massive scale? Is it a coincidence that while Savarkar campaigned for a Hindu Rashtra back in 1923, now, almost 100 years later, under Narendra Modi and BJP we are beginning to see the implementation of this Hindu Rashtra. Ethnic cleansing and gender violence are central to this project. Tanika Sarkar has analysed this as follows: ‘The pattern of cruelty suggests three things. One, the woman’s body was a site of almost inexhaustible violence, with infinitely plural and innovative forms of torture. Secondly, that their sexual and reproductive organs were attacked with a special savagery, and third, that their children, born and unborn, shared the attacks and were killed before their eyes.’ (Sarkar, 2002)

This was written about the Gujarat massacre of 2002. But Gujarat, as the Hindu supremacists announced at the time, was ‘a laboratory for the Hindu Rashtra’, into which India is gradually being transformed.

I would urge you to join the protests on 15 August in solidarity with the victims of the mob lynchings and rapes which are constantly occurring all over India today.