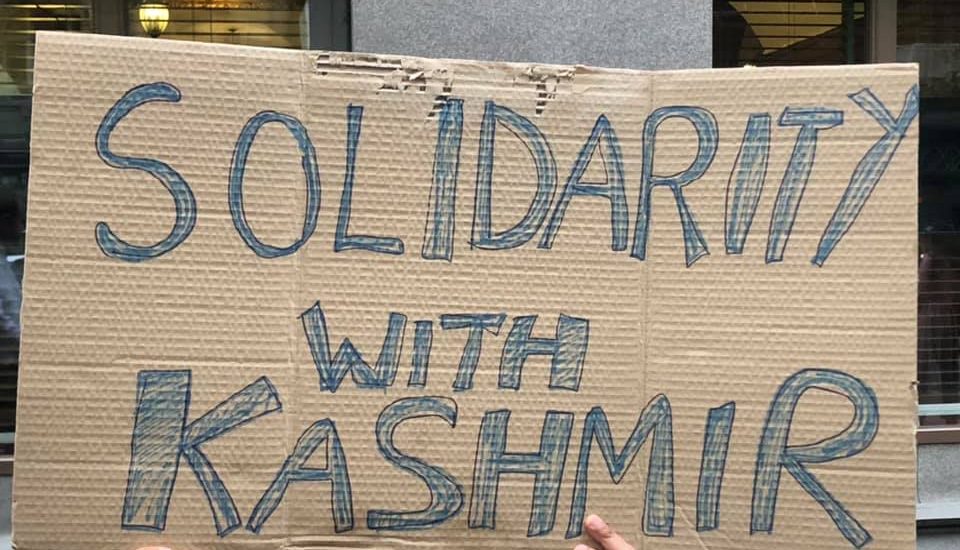 2nd Monthly Vigil Against Fascism in Hindu Supremacy in India

On Sunday, 21st July, we will gather in front of the Gandhi statue in Parliament Square in continuation of our pledge to come together every month at various public spaces in London
to honour the memory of all those who have lost their lives at the hands of fascist, caste supremacist Hindutva forces in India
– to stand with all India’s minorities and marginalised communities and individuals facing persecution – to support and amplify the voices of those who have courageously rededicated themselves to the task of building anti-fascist unity and solidarity in India, in particularly the Muslim communities who have been involved in mass protests
– in support of the journalists, human rights activists and progressive lawyers who are facing attacks

THE VIOLENCE IN INDIA UNDER MODI 2.0 NOW NEEDS NO PRETEXT – BEING A MUSLIM IS ENOUGH!
‘Jai Shri Ram’ has become a murder cry. Twenty two year old, newly married Tabrez Ansari was tied to a pole, mercilessly beaten for 18 hours and forced to chant “Jai Shri Ram” and “Jai Hanuman” – for having a Muslim name. He was then locked up in police custody instead of being taken to hospital. He died on 22nd June. WE STAND IN SOLIDARITY WITH THE MASS PROTESTS, MAINLY BY MUSLIMS, AGAINST THE KILLING OF TABREZ ANSARI, WHICH ARE TAKING PLACE ACROSS INDIA – FROM MALEGAON TO MEERUT TO AGRA TO SURAT

HORRIFIC CASTEIST VIOLENCE CONTINUES. In Gujarat, 25 year old Haresh Solanki, a Dalit was hacked to death in front of his pregnant wife Urmilla by 8 of his upper caste in-laws, while officials watched. There have been no arrests so far and Urmilla is missing.

ASSAULT ON CIVIL LIBERTIES LAWYERS. 11 July saw CBI raids on the house of two eminent lawyers Indira Jaising and Anand Grover, senior advocates who have been at the forefront of public interest and civil rights litigation in India for the last 40 years. They and the Lawyers Collective which they founded have been accused of alleged violations of rules related to NGOs receiving foreign funds. No matter that the BJP is now legally able to collect money from its many foreign Hindutva supporters.

HUMAN RIGHTS ABUSES IN KASHMIR have heightened after the February bombing in Pulwama . The Office of the UN Commissioner on Human Rights has issued a new report condemning this violence, calling for an independent international investigation into these abuses and a repeal of the Armed Forces Special Powers Act, which has made accountability for human rights violations ‘virtually non-existent’. The Modi government has arrogantly dismissed the report as ‘legitimising terrorism’

WRITING POETRY CAN BE AGAINST THE LAW Meanwhile in Assam, where the National Register of Citizens is being used to detain and disenfranchise some 4 million people, ten progressive poets and translators have had FIRs launched against them for writing about the people’s daily reality.
These are only a few of those who have faced fascist violence and human rights abuses in the last month. In these monthly vigils, we will continue to remind the Modi government that progressive South Asians in the diaspora and their allies are watching and that we will continuously challenge their narrative of the Indian diaspora in the UK as a unified source of moral and material support for their fascist agenda. 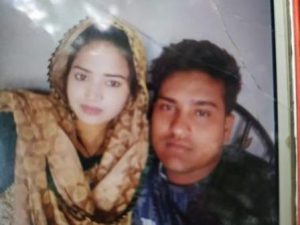 BACKGROUND
THE SWEEPING VICTORY OF THE BJP-LED NDA, and the ways in which this victory has been achieved, have deeply disturbing implications for the future of Indian democracy. Narendra Modi is back in power for a second term and in contrast to the 2014 polls when he promised ‘development for all’ this time his campaign had little pretence of being about development. Instead it revolved unashamedly on hate speech, Islamophobia and warmongering, even going as far as fielding Pragya Singh Thakur, an accused in Hindutva terrorist attacks, and building her image as a new BJP icon.

THESE ELECTIONS WERE HELD IN AN ENVIRONMENT which had been deeply vitiated over the past five years by the relentless assault on democratic institutions and their credibility, the epidemic of organised mob lynchings and heightened attacks on Muslims, Dalits and Adivasis, and the systematic persecution and even murder of dissenters. Freedom of the press has been severely curtailed as much of the mainstream media was reduced to propaganda machinery for the Modi regime and the relentless BJP/RSS campaign of hate and lies. The independence of the judiciary has been seriously compromised, and the lifting of restrictions on anonymous funding and foreign funding for political parties has led to corporate funding for the BJP, on a previously unheard of scale. The Election Commission acted like a pawn of the BJP, refusing to intervene in the multiple cases of vicious hate speech by BJP leaders and gross irregularities in the conduct of the election.

IN THE MONTH FOLLOWING THE DECLARATION OF THE ELECTION RESULTS on 23rd May we have seen a blatant projection of many of the features of a Hindu state. This is exemplified in the horrific heightening of Hindutva violence with attacks on Muslims and Dalits all over the country. They include the institutional murder of Payal Tadavi an Adavasi Muslim doctor who was driven to her death by casteist senior doctors Mumbai’s TN Topivala National Medical College; the horrific attack on a Muslim man in Meghalaya, the attack on Mohammad Giyasuddin and Anwarul Haque, a Muslim father and son in West Bengal by the Border Security Force acting as cow vigilantes, the attack on the Dalit boy who was tied up and beaten up for trying to enter a temple in Rajasthan, the hacking to death of Ashok a young Dalit left activist in Tamil Nadu, and many others.

At the same time there has been a targeting of journalists who are suspected of making the slightest criticism of the regime or of BJP leaders. While this has been going on for a considerable period, with Kashmiri journalist Aasif Sultan, a Kashmiri journalist still in prison ten months after writing an article about slain militant Burhan Wani with India dropping, in the last three years by seven places to rank 140 on the Reporters Without Borders world press freedom index things have got worse since the election. Criminal defamation charges are being used indiscriminately, Prashant Kanojia an independent journalist, was arrested without an arrest warrant and accused of defamation for sharing a video of a woman who claimed to be in love with Yogi Adityanath, the viciously Hindu supremacist Chief Minister of UP. Kanojia was one of four journalists arrested between June 6 and June 8. Two of them — Ishita Singh, head of the news channel Nation Live, and one of the channel’s editors, Anuj Shukla — were arrested for airing footage of the same woman. There has also been blatant violence and intimidation to punish and try to silence the press. Most recently, Amit Sharma, a stringer for TV channel News24, was beaten up and urinated upon for simply doing his job as a journalist.

The earlier cases of violence against and incarceration of lawyers and human rights defenders are still being fought and being joined now by new incidents of threats, raids and intimidation of civil liberties activists. In Kashmir, meanwhile, repression continues, and most recently the authorities have stopped Amnesty International from holding an event to release its report on human rights violations under a law which allows administrative detentions for up to 2 years.

Last, but by no means least, the National Register of Citizenship which has been used to exclude some 4 million people in Assam from citizenship is now to be imposed in other parts of the country starting with parts of West Bengal. It will see the detention and disenfranchisement of minorities, particularly Muslims, on a massive scale.

IN ALL THESE INSTANCES THE HINDUTVA AGENDA IS BEING CHALLENGED AND RESISTED INSIDE THE COUNTRY. The popular struggles of farmers, students, youth, Dalits and Adivasis, most recently by Muslims and the courageous and determined voices of protest raised by democratic citizens provided the primary opposition to the Modi government in the last five years. This resistance is continuing.

We pledge to continue to support and amplify the voices of those who have rededicated themselves to the task of building anti-fascist unity and solidarity in India, to stand with all India’s minorities and marginalised communities and individuals facing persecution, and to honour the memory of all those who have lost their lives at the hands of fascist, caste supremacist Hindutva forces in India.