Screening of the award-winning Demons in Paradise (2017 – dir. Jude Ratnam) on Sri Lanka’s 30 year civil war and Q and A with the director.

For the first time, a Tamil filmmaker living in Sri Lanka views the civil war from the inside. In 1983, Sri Lanka was torn apart by riots targeting the Tamil minority and a war started that was to last 30 thirty years and leave indelible scars on the country. As a young child, Jude Ratnam fled to the Tamil strongholds in the north. But even here there was no sanctuary to be found as the Tamil rebellion descended into deadly in-fighting between the Tigers and other factions. Now the return of Ratnam’s ex-guerrilla uncle from overseas exile provides the occasion for a re-opening of these old wounds and an impassioned consideration of what went wrong. 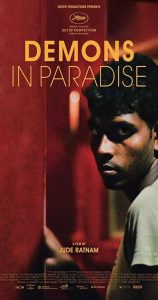 A series of short films by Chalchitra Abhiyaan, a grassroots film and media collective in Western Uttar Pradesh, India, and Q and A with founder-member Nakul Singh Sawhney.

The collective produces a range of documentary films, news features, interviews and live broadcasts to highlight issues that concern different marginalised communities in their own voices. These issues are often glossed over by the mainstream media because of corporate control, the stranglehold of strong political parties or caste, class, religious and gender biases. A very important aspect of ChalChitra Abhiyaan’s work is to train people from local communities to tell their own stories through videos. These stories are evolving into a movement to challenge the systematic propaganda that is currently dividing communities in India. 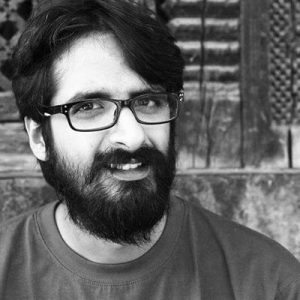 Mark the dates in your diary. We look forward to seeing you there.