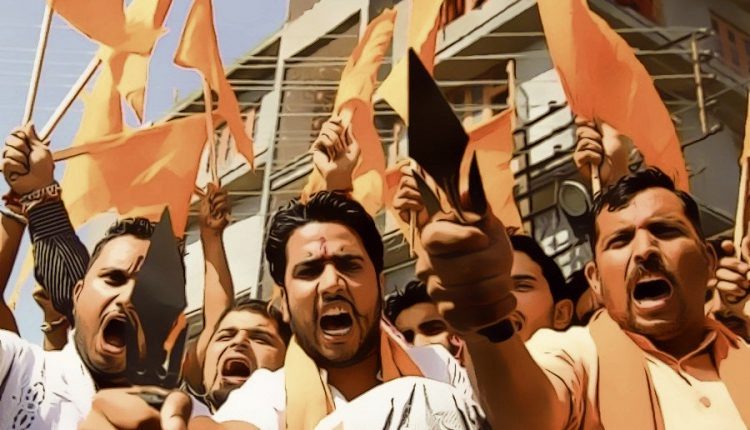 South Asian diaspora groups in the UK supporting the peaceful protest outside the Indian High Commission at 6pm this evening, released the following statement. The protest has been called to promote the restoration of peace and unity among all South Asian diaspora communities in the UK and to demand an end to the divisive activities in the UK of organisations affiliated to the RSS and supported by the Modi government.

In the wake of the violence in Leicester, we call for peace and unity among all South Asian communities in Leicester and across the UK. We stand together as South Asians of all faiths and none and strongly condemn all the incidents in which individuals have been targeted for their religion, places of worship have been targeted, and fake news has been circulated to provoke conflict. We echo the sentiments in the recent joint statement of Hindu and Muslim faith leaders in Leicester who state that ‘We arrived in this city together, we faced the same challenges together, we fought off racist haters together and collectively made this city a beacon of diversity…we together call upon the inciters of hatred to leave our city alone’.

While many media outlets are still claiming that the conflict in Leicester began with the India-Pakistan cricket match on 28th August, we are clear that this conflict between Hindu and Muslim communities has been deliberately imported to Leicester over a longer period by right-wing Hindu supremacist political organisations linked to the Indian government.

The Rashtriya Swayamsevak Sangh (RSS) – an avowedly fascist organisation which was formed in 1925 modelled on Mussolini’s Blackshirts, and its overseas wing the Hindu Swayamsevak Sangh (HSS), is at the heart of this network of organisations and its UK headquarters is based in Leicester. The RSS promotes a Hindu supremacist ideology in which India’s Muslims are demonised and scapegoated as the enemy within. India’s Prime Minister Narendra Modi is a lifelong member of the RSS, and since he came to power India has seen an epidemic of mob lynchings of Muslims, Christians and Dalits, orchestrated and state-sponsored pogroms of Muslim communities, and government bulldozers demolishing the homes of those Muslims who dare to protest. In all of these the slogan of ‘Jai Shri Ram’ has been a war cry used by Hindu-supremacist stormtroopers while carrying out the attacks. It was chilling to hear this same slogan being raised by the hundreds of masked and hooded men, many brandishing weapons,  who marched through an area of Leicester where many of the residents are Muslim on Saturday 17 September.

Many of those who took part in this march were brought from Wembley and Harrow in London, Birmingham and other places outside Leicester in coaches and it is believed that in the days prior to the demonstration Hindutva activists from these other cities had been giving street-fighting training to young Hindu men in Leicester. The RSS also have the support of Islamophobic British fascist groups, Britain First, English Defence League and Patriotic Alliance and there were reports of their members taking part in the march.

The violence in Leicester is not primarily a result of the presence in the city of more recent working class migrants from India, as some are claiming – it is planned and orchestrated by organisations which are well-established in the UK and are part of the international network of Hindu supremacist groups.

There is a long history of Hindu supremacist activity in the UK. In addition to Leicester being the headquarters of the HSS in the UK, it is also the base for the Vishwa Hindu Parishad (VHP), meaning the World Council of Hindus, another RSS outpost. The RSS also systematically set up, or took over, a host of organisations in the UK, including the Hindu Council UK; the National Hindu Students Federation; the National Council of Hindu Temples; and the charity Sewa International, which was exposed in 2002 for channelling funds to organisations which carried out violent communal attacks in Gujarat. But people living in Leicester testify, despite the earlier activities of the pro-Hindutva groups, the city remained peaceful with good relationships between Hindu and Muslim communities. They say that what is happening now is a new phase of RSS activity. While old activities – fundraising, building and strengthening Shakhas (ideological and physical training centres), influencing both the Conservative and Labour parties, and making online threats against anyone who does not agree with them – continue, they now have a new aim of provoking communal conflict on the streets in Britain itself.

This is why progressive South Asian groups and individuals are peacefully protesting outside the Indian High Commission on Thursday 22 September. Our message to Prime Minister Narendra Modi, his party, the BJP and his organisation, the RSS, is: Stop Dividing Our Communities! The diverse, multi-faith South Asian diaspora in the UK must stand together against fascism in all its forms, as it has always done.