1857 saw a sustained and widespread uprising against British rule in India. Although dubbed the ‘Indian Mutiny’ in colonial history books, the uprising, which spread across much of the northern half of South Asia (at that time called India, now including India, Pakistan and Bangladesh) and lasted almost two years, had the characteristics of a war against imperialism and for independence.

“You may hang me, or such as me, every day but thousands will rise in my place and your object will never be gained.”

Pir Ali, a bookbinder from Patna hanged by the British in 1857

People who have worked on producing this exhibition include in particular Naaz Rashid, Howard Doble, Anandi Ramamurthy, Kalpana Wilson, and Sarbjit Johal.

We would like to thank the following authors whose work we have used extensively in the exhibition:

(click on image to open in a new window) 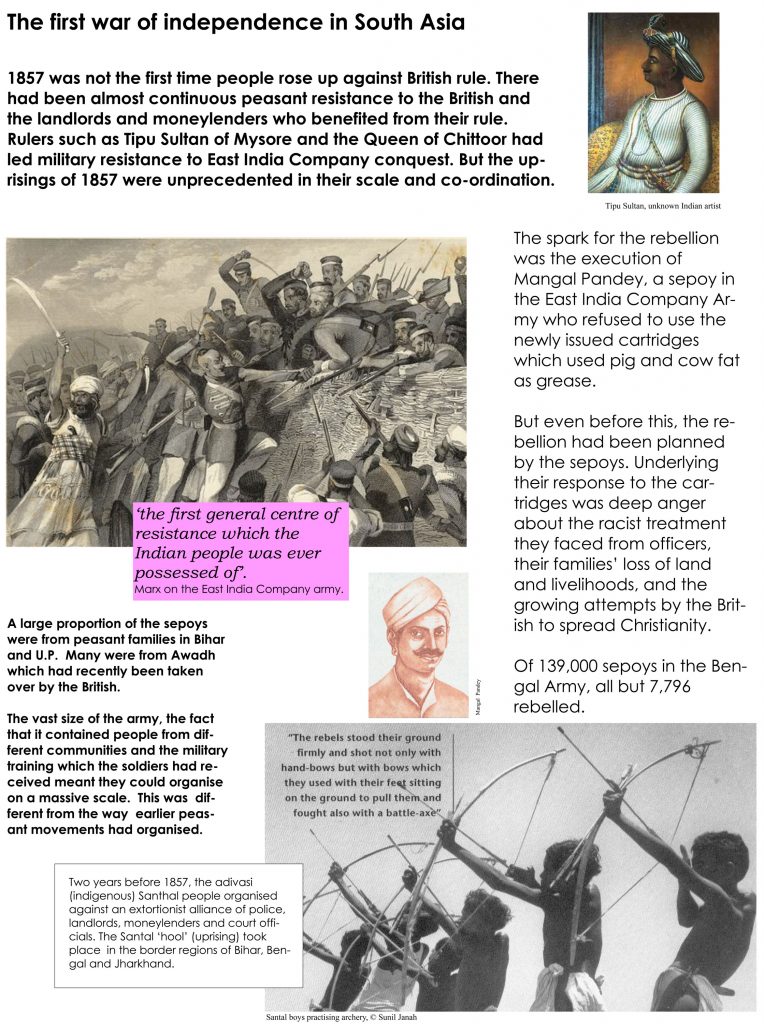 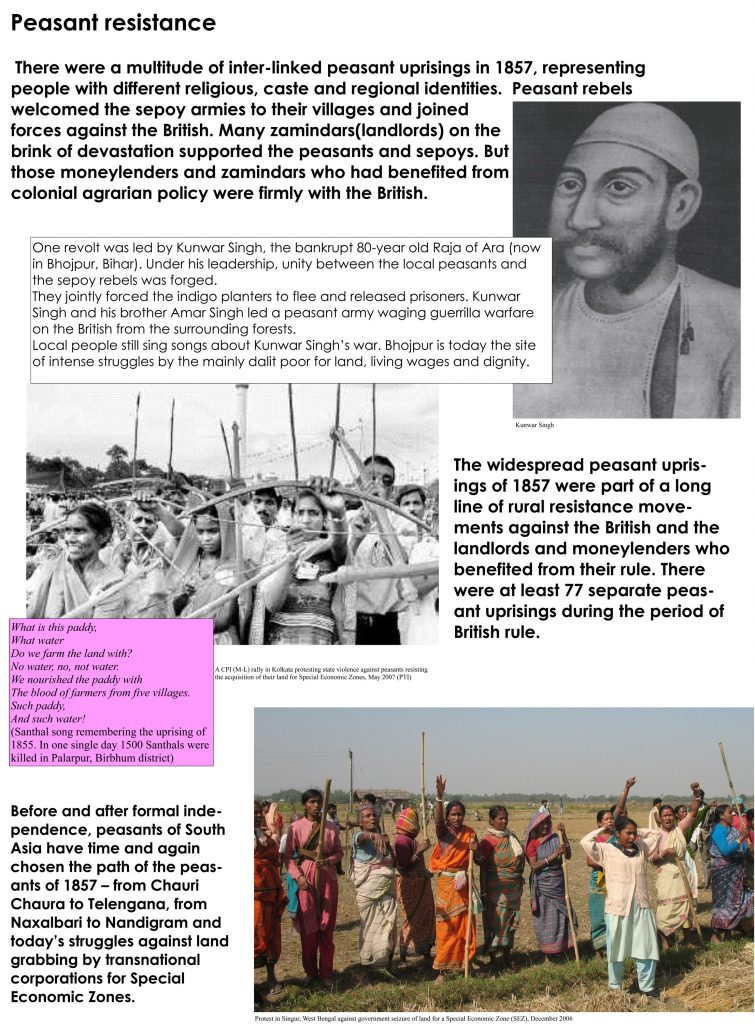 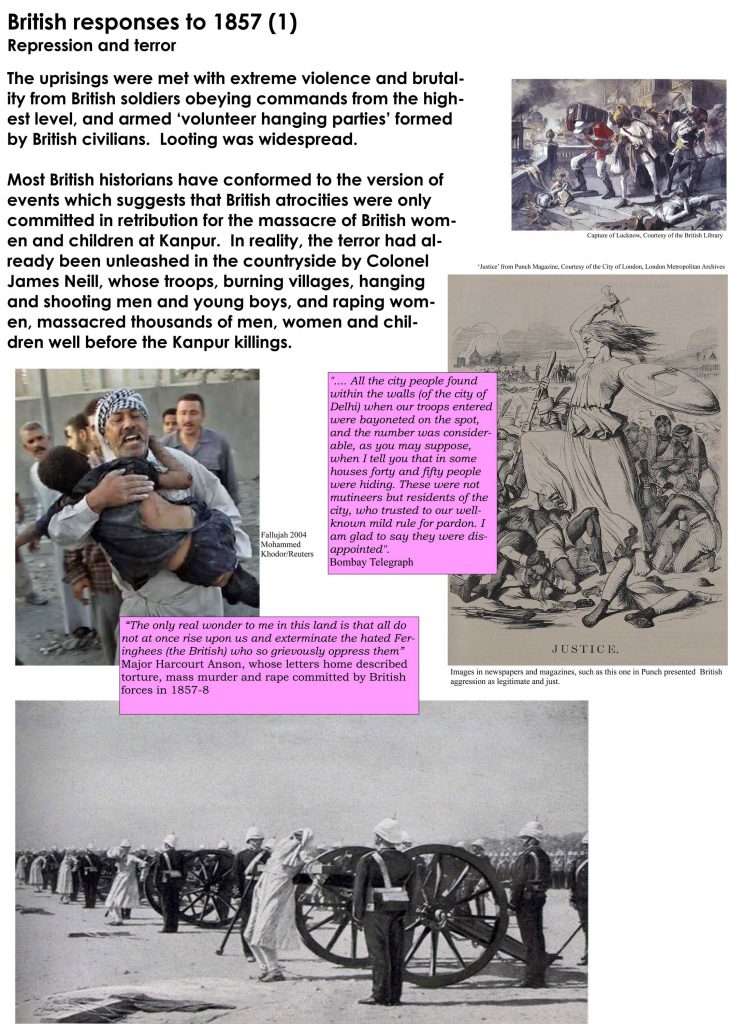